The province of Quebec is a French-speaking province, but immigration to Quebec is not limited to French speakers. Quebec has several different immigration programs for workers, students, and businesspeople. We’ve prepared this guide to give you an overview of Quebec’s immigration options.

While French is not a mandatory requirement for those looking to immigrate to Quebec, it is advantageous. Most of Quebec’s immigration programs prioritize those with demonstrated French-language proficiency.

Why immigrate to Quebec?

Quebec is a popular destination for newcomers to Canada. The province is home to more than one million immigrants, according to the most recent census. Quebec is also home to Canada’s second-largest city, Montreal, which is well-known for its diversity and multiplicity of cultures.

In recent years, Quebec’s economy has been booming, creating a robust workforce with many job opportunities. The housing and rental market in Quebec’s urban centers is also more affordable than in the cities of Toronto and Vancouver, making it a more attractive destination to some.

Though the province is often hit hard with cold winters, it also experiences hot and lush summers, and is replete with lakes, campgrounds, parks, and hiking trails, encouraging residents to get out and enjoy nature.

Montreal, known for its culture, also hosts a range of internationally renowned festivals each year, including the International Jazz Festival, the Just For Laughs Comedy Festival, and the Osheaga Music Festival.

How does Quebec immigration work? How can you immigrate to Quebec?

Immigration to Quebec is conducted in a unique way, separate from the Government of Canada’s selection criteria. Individuals and families who want to reside in a location in the province of Quebec as economic permanent residents must go through the Quebec immigration system.

Quebec immigration applicants go through a two-step process. First, they must be eligible for and obtain a Quebec Selection Certificate (Certificat de sélection du Québec, or CSQ). This important document signifies that the applicant has been selected to settle in Quebec.

Second, approved CSQ holders may apply to the federal government for Canadian permanent residence. The federal government is primarily concerned with health and criminality issues, rather than the human capital, skills, and experience factors for which the applicant has already been approved by the government of Quebec.

It should be noted that though Quebec retains control of the selection of economic immigrants to the province, Family Class applicants and in-Canada refugee claimants may also be admitted on an ongoing basis. French ability for economic migrants depends on the program and the individual’s circumstances. For non-economic migrants, French ability is not a factor in the selection

As of January 1, 2020, all applicants for permanent residence through Quebec immigration programs are required to show they understand Quebec’s values. This can be done by passing a Quebec values test or completing a course in Quebec values.

There are several ways to secure a CSQ through the economic programs, explained below.

Quebec offers a range of immigration programs. To review the complete criteria and process for each program, simply click on the program name.

Immigration to Quebec: programs for workers and graduatesQuebec Skilled Worker ProgramThe Quebec Skilled Worker Program (Programme régulier des travailleurs qualifiés, or QSW) is an immigration program for workers who can demonstrate their ability to contribute to Quebec’s workforce. Candidates can apply from anywhere in the world, with or without any Quebec experience.

However, QSW uses a points-based ranking system, similar to that of Express Entry, to select only the most competitive candidates. QSW awards point based on a range of criteria, including age, proficiency in French and/or English, Quebec experience (education, job offers, etc.). Interested candidates should note that French-language proficiency and connections to Quebec are highly valued under this points system, so it may be easier for candidates with those types of experience.

As is suggested in its name, the Quebec Experience Program (Programme de l’expérience québécoise, or PEQ) is an immigration program for candidates who have experience in Quebec, either as a worker or an international student (or both). PEQ also has a mandatory French-language component, requiring candidates to speak and understand French at an intermediate level.

If you have experience working or studying in Quebec, then PEQ might be your best option for Quebec immigration.

The program requires candidates to have a minimum personal net worth of CAD$2-million and make a minimum investment of CAD$1.2-million. If this sounds like you, continue onto our Quebec Immigrant Investor Program guide for more details.

Please note that the Quebec Immigrant Investor Program has limited quotas and intake periods. You must apply during a designated intake period and before the quota has been met.

The Quebec Entrepreneur Program is for experienced business people with the interest in launching a new business in Quebec, or purchasing an existing business. The program requires candidates to have demonstrated experience in the ownership and/or management of a business, plus the finances or outside interest required to undertake their entrepreneurial endeavor in Quebec. If this sounds like it could be you, please review the complete program requirements in our Quebec Entrepreneur Program guide.

Please note that the Quebec Entrepreneur Program has limited quotas and intake periods. You must apply during a designated intake period and before the quota has been met.

Please note that the Quebec Self-Employed Program has limited quotas and intake periods. You must apply during a designated intake period and before the quota has been met.

Below are the questions we hear most commonly from our community about Quebec immigration.

What is a Certificat de sélection du Québec (CSQ)?

A Quebec Selection Certificate (Certificat de sélection du Québec, or CSQ) is the document you receive from Quebec’s immigration authorities once you have made it through the first step of the process. Once you have your CSQ, you can then submit your application at the federal level.

Arima is an online portal Quebec immigration uses to manage and select immigration candidates for the Quebec Skilled Worker program. It is similar to the portal used for the federal Express Entry system. On Arima, candidates can create and submit profiles to be considered for QSW. Eligible candidates are automatically scored and ranked against one another within Arima.

Is Quebec a part of Express Entry?

No. Quebec does not participate in Express Entry. If an Express Entry applicant indicates they have the intention to reside in the province of Quebec, their application may be refused.

Does Quebec immigration have a Provincial Nominee Program (PNP)?

Do I need French to be accepted through Quebec immigration?

No, but French can help your Quebec immigration application.

Can I live in Quebec on my IEC Working Holiday?

Yes. Your IEC Working Holiday comes with an open work permit enabling you to live and work in any province or territory in Canada, including Quebec. 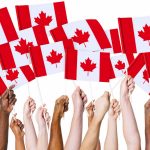 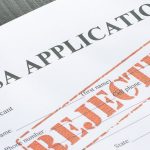