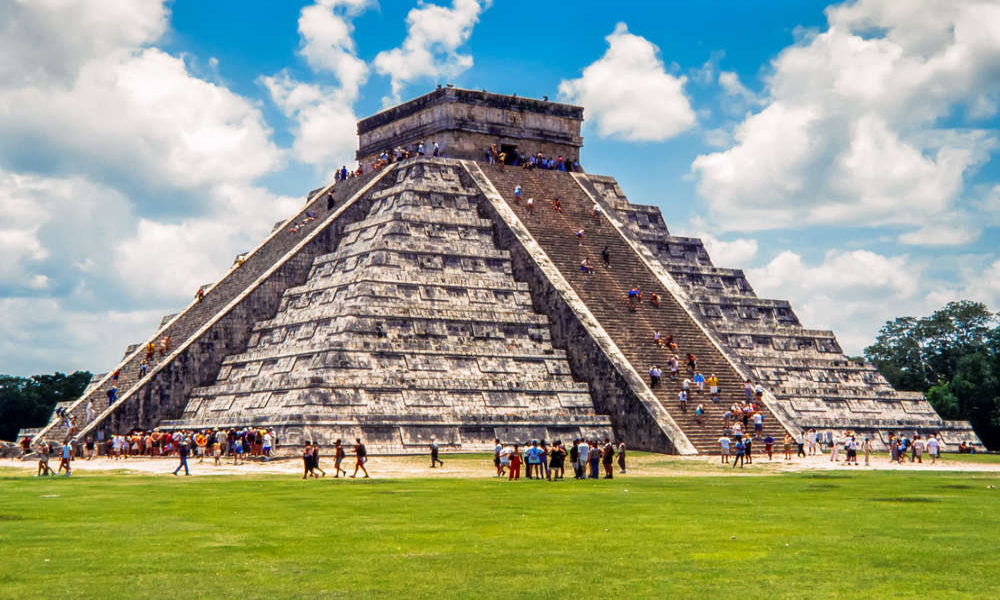 Find the list of top-rated travel agencies in Mexico, which covers almost all segments and components of travel, from visa issuance to air flights, hotels, tour guides, and excursions to the most exciting destinations in Mexico.

Mexico is a country of magnificent landscapes, beautiful beaches, and snow-capped volcanoes. It is known for its rich history, the archaeological monuments of the Aztecs and Mayans, the colonial palaces that attract tourists.

The Mayan pyramids of Mexico are the real monuments of Antiquity. The country has a sufficiently large number, but only a few are accessible since most of the pyramids are covered with thick tropical vegetation, or buried under the ground so that at first glance they look like hills. green.

The Teotihuacan pyramids are among the most famous ancient constructions. Two of the largest and best-preserved pyramids were dedicated to the Mayan gods of the moon and the sun. The largest pyramid in the world, the Cholula pyramid, is larger than the Cheops pyramid, but unfortunately, most of the pyramid has collapsed. The first-class resorts in Mexico include Cancun, Playa del Carmen, Acapulco, Puerto Vallarta, Cozumel, Mazatlan, and others.

In 1325, the Aztec Indians founded Mexico City. Legend has it that the gods ordered the Aztecs to build the capital there. Today, it is the oldest and fastest city in the New World, as well as the largest metropolis in the world. The city is a real open-air museum, there are more than 1,400 relics and historical monuments. The surroundings of Mexico City include dozens of parks and leisure centers, more than 2,000 restaurants, more than 80 museums, theaters, concert halls, 8 universities, and several academies. The population density is enormous.

The district of El Zocalo is the center of the city, it is also known as the Plaza de la Constitution, the second largest in the world, which is surrounded by colonial-era buildings. The most important is the Metropolitano Cathedral and the Palace of Cortes. The most famous miraculously preserved Aztec building is the Templo Mayor. Downtown Mexico City is a unique archaeological area with stone foundations of ancient Aztec buildings, dominated by the Catholic Cathedral and many modern apartment buildings.

A popular attraction in the park next to Alameda. Many tourists also visit the Palacio de Bella Art, where one can see the best works of Mexican culture. The pedestrian area and the nightlife district, Zona Rosa, are marked by a variety of shops, stores, restaurants, and cafes, all located in the heart of the giant megalopolis.

Cancun is a network of beaches, resorts, and parks stretching 140 km along the coast of the Caribbean Sea to the city of Tulum. The city consists of the business continent and the 25 km seaside island. The coastal waters are decorated with coral reefs, which start near the island of Conti (the second largest reef in the world). Few resorts can match the beauty of Cancun and the cleanliness of the sea. Nearby, there is a good selection of archaeological sites and nature reserves, including white sandy beaches.

The port city of Acapulco is the famous “night capital of Mexico”: the city of entertainment, shows, and restaurants. It is known for its excellent beaches and restaurants, the Spanish fort of San Diego, and the beautiful Cathedral of the Soledad.

The Yucatan Peninsula is the cradle of the Mayan civilization and the center of a large number of archaeological sites, which attracts many lovers of action sports and diving.