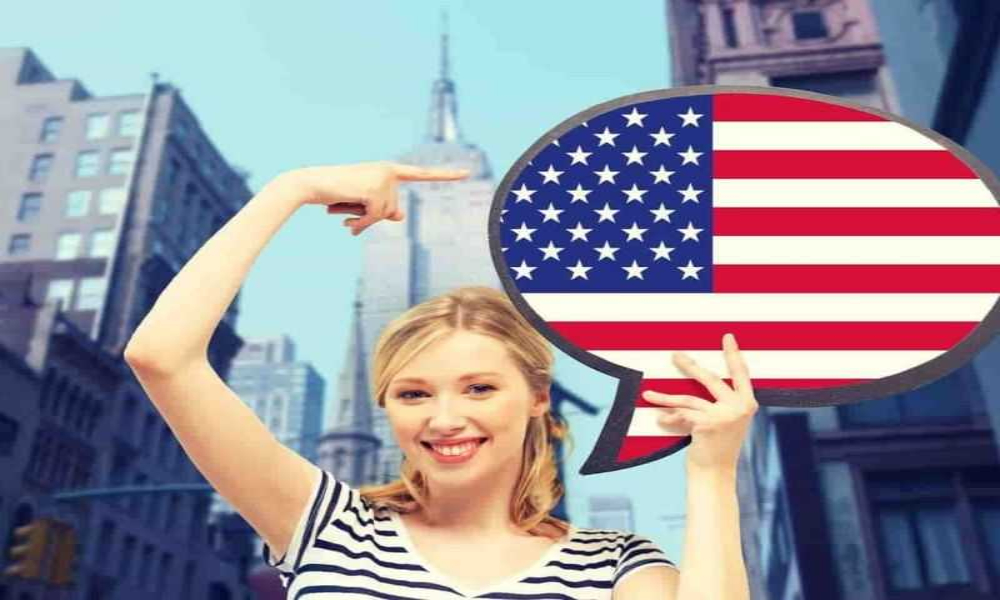 For years, visitors from certain foreign countries have been able to travel to America without first getting a formal Visa sticker placed in their passport. Implemented in 1998, the “Visa Waiver Program” (VWP) has allowed for visitors of several countries to come to America for tourism or business purposes for up to 90 days without getting a Visa put in their passport. During 2007, more than 15 million visitors from VWP countries arrived in the United States.

What Countries Are in the Visa Waiver Program?

Where Do I Apply for an ESTA Travel Authorization?

A website, operated by the American government, is where you register for ESTA: esta.cbp.dhs.gov. The ESTA information you submit via the computer is compared with certain American law enforcement databases and then either approved or denied. Foreign travelers will not be able to submit ESTA applications at American airports after arriving or at a U.S. Embassy in their country.

What if I Don’t Have Plans to Travel to the U.S. Yet?

VWP travelers are not required to have specific plans to travel to the United States before they apply for an ESTA Travel Authorization. As soon as VWP travelers begin to plan a trip to visit the U.S., they are encouraged to apply for a travel authorization through the ESTA website. Applicants are not required to update their destination addresses or itineraries if they change after their ESTA Travel Authorization has been granted.

Does the ESTA Travel Authorization Guarantee Entry to the U.S.?

An ESTA Travel Authorization only authorizes a traveler to board an airline or ship for travel to the U.S. under the Visa Waiver Program. After they arrive, travelers who obtained an ESTA Travel Authorization may still be denied entry (also called “admission”) at a U.S. port of entry, such as an American airport. An approved ESTA is not a guarantee of admissibility at an American airport. In all cases, the American airport officers make the final determination of whether a foreign traveler can enter the U.S. or not. You still have to establish to the satisfaction of the inspecting officer that you are entitled to be admitted to the U.S. under the Visa Waiver Program.

Can I Change My Travel Itinerary?

It is possible to change an itinerary on an existing ESTA Travel Authorization; ESTA is designed so that you can update parts of it at any time. Travelers who did not get an ESTA approval may be denied boarding by the airlines, experience delayed processing, or be denied admission to the U.S. at the American airport.

What If I Already Have a Valid B1/B2 Visitor Visa?

Can I Re-Apply for an ESTA Travel Authorization if Denied?

Yes, but you must wait at least 10 days to reapply and your circumstances must have changed. Unless there is a change in a substantive fact, re-application will not change the result. Keep in mind that applying for an ESTA Travel Authorization with false information can cause a foreign national to be permanently barred from ever entering America. The ESTA system is designed to try to prevent individuals from changing and manipulating an ESTA entry until they receive approval.

What If I am Denied an ESTA Travel Authorization and Have No Changed Circumstances?

There are three types of responses to an ESTA application; approved, pending, or travel not authorized (denied). Applicants who receive a “pending” response are advised to check the website 72 hours later. Applicants who are denied will be required to go to a U.S. Embassy to apply for a formal nonimmigrant visa, such as a B1/B2 Visa, which may take months.

Can a Traveler Find Out the Reason Why an ESTA Application was Denied?

The U.S. Dept. of Homeland Security has stated that travelers may contact the DHS Travel Redress Inquiry Program (DHS TRIP at dhs.gov) but there are no guarantees that information about a denial will be divulged. U.S. Embassies and Consulates are not required to provide details about an ESTA denial nor resolve the issue that caused the ESTA denial.

What If I Have a Criminal Record?

Only those qualified to travel under the VWP are eligible to pre-register through ESTA. Persons who have been arrested and/or convicted are generally not eligible for VWP and probably require a formal Visa, such as a B1/B2 Visa, to travel to America. If a foreign national has received tickets for speeding (which don’t usually result in an arrest or conviction) they are probably still eligible for the VWP and ESTA. If a foreign traveler has been denied entry into or deported from the U.S., they require a formal Visa.

Do Any Other Countries Have a Similar Program?

Australia has a program called the Electronic Travel Authority (ETA) that mandates travelers to submit an ETA application electronically through a website requesting permission to travel to Australia. Airlines may refuse to accept passengers who do not have either an approved ETA or Visa to enter Australia.

How Long Will the ESTA Application Data be Stored? Who Can Access It?

The ESTA Travel Authorization is valid for two years or until the traveler’s passport expires, whichever comes first. The American government will maintain the information for at least 15 years to allow retrieval of the information for law enforcement, national security, or investigatory purposes. Information submitted through ESTA can also be shared with any U.S. government organization.

What Information Does the Airlines Get?

Airlines will receive confirmation of a passenger’s ESTA status visa the “Advance Passenger Information System” (APIS) which shows whether the ESTA authorization has been granted for a Visa Waiver Program traveler. It is recommended that the traveler print out the ESTA application approval in order to maintain a record of their ESTA application number and to have confirmation of their ESTA status.

Accompanied and unaccompanied children, regardless of age, are required to obtain an independent ESTA Travel Authorization.

What if a Mistake was Made on the ESTA Application?

The ESTA website will ask applicants to review their application before submitting it. Also, there is an update function for certain information such as email addresses, telephone numbers, or flight information. If an applicant makes a mistake that cannot be “updated,” he will need to submit a new ESTA application.

What if I Only Have a Connecting Flight Through the U.S.?

Visa Waiver Program visitors who have a connecting flight in the U.S. are required to either have ESTA Travel Authorization or a Visa from a U.S. Embassy in their passport to travel through the U.S. even for a one hour stop. If a traveler is only planning to stop in the U.S. en route to another country, the traveler should enter the words “In Transit” and his final destination in the address lines under the heading “Address While In The United States” on the ESTA application.

What Are the Questions on the ESTA Travel Authorization Application?

The traveler must provide (in English) biographical data including name, birth date, country of citizenship, country of residence, email address, sex, telephone number, passport information, the destination address in the U.S., travel information (round trip airline ticket, flight number, and city where you are boarding) as well as questions regarding communicable diseases (chancroid, gonorrhea, granuloma inguinal, HIV, leprosy, lymphogranuloma venereum, syphilis [active], tuberculosis [active], and others), physical or mental disorders, drug addiction problems, arrests, convictions, past history of visa cancellation or denial, and prior deportations from the U.S. The traveler will also be asked whether they are seeking work in the U.S., have ever been deported or tried to get a visa by fraud or misrepresentation. The traveler will be asked if they have ever detained a child of a U.S. Citizen granted custody of the child, and whether they have ever asserted immunity from prosecution.

Do I Select “Business” or “Pleasure (Tourist) at the Airport Port of Entry?

After the ESTA Travel Authorization is granted, the foreign traveler will be interviewed by government officers at the first American airport they land. The officer will ask what the foreign traveler will be doing in America and the questioning can take up to four hours in a detained setting called “secondary inspection.” The officer may ask the traveler “what else are you doing in America?” repeatedly to try to get “the real” answer. If the traveler is only going to be a tourist, they are not allowed to do any business, including meeting with any attorneys, applying for a bank account, meeting with real estate agents, or other business consulting activities. Even though the traveler is going to conduct just one business meeting while in America, they are required to report it and enter as a business visitor. The business visitor is allowed to participate in tourist activities, but the tourist visitor is not allowed to participate in any business activities. Therefore, if any business might be conducted while in America, it is best to tell the government officers about it at the airport to avoid being accused of lying, put immediately on a plane back to your home country, and barred from America for life.

What Else Do Can the Airport Officers Make Me Prove After I Land?

The airport officers will ask the traveler proof of a foreign residence (address on foreign driver’s license), whether their intention is to depart at the end of the visit (round trip airline ticket), whether the traveler has a job (letter, paystub, business card) and family in their home country, (marriage certificate, children’s’ birth certificates), and whether the traveler has the money to travel around America (bank statement or credit cards with bank letter showing credit limit). The airport officers are also required to ask where the traveler will stay in America (hotel reservations or friends/relatives’ homes) and have been known to pick up the phone to verify all of the aforementioned information.

Can I Be Searched in the American Airport? Am I Entitled to Legal Representation?

While being interviewed at the American airport, all luggage (even locked bags) can be searched, as well as the traveler’s body and his/her cell phone (including text messages and phone numbers) and laptops (including hard drive). The officers may “google” a traveler’s name and check out their myspace, Facebook, or hyves pages. The traveler is not allowed to be represented by an attorney or even call their attorney while in “secondary inspection.” Bathroom visits, water, and food may be limited, so it is best to prepare for such an occasion while still on the plane before landing.

Share. Facebook Twitter Pinterest LinkedIn Tumblr Email
Previous ArticleBangalore the Silicon Valley City; Factors That Would Motivate You to Consider A Job in Bangalore
Next Article Top Reasons Why Bangkok Is the World’s Best City for a great vacation
- Advertisement -