In this installment of our guide to Greece, we take a look at culture in Greece …

Greece is at the crossroads where East meets West. The Romans and the Turks have also ruled it and, in turn, the Byzantine Empire of Greece itself ruled much of the Mediterranean and the Middle East. This history has left a rich cultural legacy, and the Greek people take passionate pride in their culture and their country.

The national language and the mother tongue of the vast majority of the population are Greek. But English is relatively studied and understood, and English-speaking visitors rarely encounter major language problems. French, Italian, and German are the next most studied foreign languages.

About 10% of the country’s population, or about a million people, were born elsewhere. Eastern and Central Europe are the most common sources of immigrants, with others coming from the Middle East, South and Southeast Asia, and Africa. This has made the country linguistically and culturally diverse.

The vast majority, about 97%, of the population profess to be Orthodox Christians. The Greek Orthodox Church plays a prominent and influential role in Greek society, and the separation between Church and State is not as straightforward as in other European countries.

In the Orthodox tradition, Easter is the most important holiday. These are religious processions and costume parties, and Easter Sunday is marked with a party. But Christmas tends to be more private, a family feast, even though public places in Greece are adorned with lights and decorations. Many cities and districts also have regional festivals at various times of the year that mark local patron saints, wine harvests, or historical events.

Greeks tend to be more likely than other Europeans to believe in supernatural or paranormal phenomena. Common traditions include blessing bread by making the sign of the cross with a knife before cutting and spitting it out to ward off the devil and misfortune. But superstitions vary between regions and even between peoples within an area. 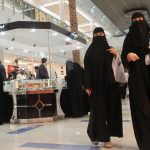