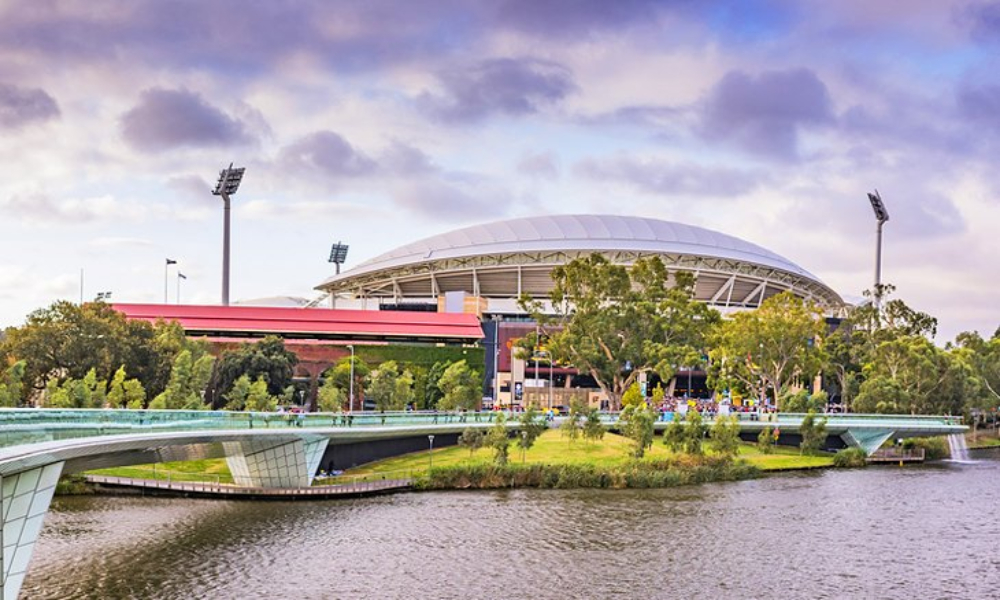 Adelaide, Australia is Australia’s fifth-largest city and the capital of South Australia. Most of Adelaide’s tourist attractions, nice restaurants, and shops are located in the city center and there are many activities in Adelaide to keep you entertained. If you’re looking for some fun on the beach, head to the popular beaches of Henley or Glenelg or drive to the top of Mount Lofty and enjoy panoramic views of the city of Adelaide. Climb aboard a full-size model of a sailing ketch at the South Australian Maritime Museum or view the amazing collection of animals at the Adelaide Zoo. Whatever you do, Adelaide is a vibrant, beautiful, bright, and clean city to explore.

Home to over 1,800 animals and Australia’s second oldest zoo, Adelaide Zoo is one of Adelaide’s popular tourist attractions. Here you can see Australian rainforest birds, Sumatran tigers and chimpanzees, and rare species, including South Australia’s yellow-footed rock wallaby and the red panda.

Here the works of famous Australian painters are shown, such as Margaret Preston, Clifford Possum Tjapaltjarri, Charles Conder, Sidney Nolan, and Russell Drysdale. You can also find displays of the Renaissance and British artworks, and the Aboriginal pieces are exhibited in the atrium. There is also a bookshop and café on the premises.

Adelaide Botanic Gardens is an elegant formal garden where you can see giant water lilies, an international rose garden, Moreton Bay fig trees, duck ponds, and acres of green lawns. The largest glasshouse in the Southern Hemisphere, the Bicentennial Conservatory is home to the lowland rainforest species such as torch ginger and cassowary palm. Catch the free tour that departs from the Schomburgk Pavilion every morning at 10:30 AM.

Mount Lofty is a popular tourist attraction in Adelaide, approximately 15 km east of the city center of Adelaide in South Australia. Drive to the top and enjoy beautiful views of the plains of Adelaide and the city. Alternatively, you can walk up the trench from Chambers Gully or Waterfall Gully, in the Cleland Conservation Park.

Australian Aboriginal Cultures Gallery at the South Australian Museum contains 3,000 items, including paintings and ceremonial clothing from the Pacific Islands. Other exhibits include a Fossil Gallery of a beautiful partial skeleton of a 19-meter plesiosaurus, a biodiversity gallery, and an exhibition dedicated to Sir Douglas Mawson, the famous Antarctic explorer after whom Australia’s most important Antarctic research station is named.

Tandanya is Australia’s first major Aboriginal cultural facility and a must-see tourist attraction in Adelaide. Meet the Torres Strait Islander and Aboriginal peoples, see their wide range of beautiful exhibitions in the art galleries, and from noon to Friday, do didgeridoo performances in the theater. Don’t miss Tandanya’s great gift shop, where you can buy genuine Torres Strait Islander and Aboriginal arts and crafts, books, fabrics, clothing, yidakis, and music CDs.

Glenelg is a popular beachfront tourist destination, located on the long white sandy beaches of Holdfast Bay in the Gulf St Vincent, 6.2 miles from the heart of Adelaide. Glenelg is home to dozens of restaurants, hotels and a vibrant nightlife. Your family will always have fun with the abundance of dolphins and seals, museums, galleries, heritage walks, and various beach activities.

The South Australian Maritime Museum is said to contain the oldest maritime collections in Australia. It started in 1872 as the general museum collection of the Port Adelaide Institute; usually donated by mariners who traveled through Port Adelaide in the 19th and early 20th centuries. The view they’re a fine collection of navigational instruments, ship models, sea boxes, souvenirs, photos, and paintings.

Share. Facebook Twitter Pinterest LinkedIn Tumblr Email
Previous ArticleTop 5 Food-Focused cities to Live in all over the World
Next Article Planning a Vacation to Austria – Top Places You Must Visit When In Vienna, Austria
- Advertisement -