Alberta is located in western Canada and one of the three beautiful prairie provinces, Alberta is one of the largest regions, with 661,848 km² with an ever-growing population of over 4 million. Most of the population lives in only two big cities: Calgary and the capital of Edmonton. Alberta is bound to British Columbia to the west, to the north by the Northwest Territory, and the east by Saskatchewan. To its south, Alberta is linked by Montana, to the United States and it is one of the two completely landlocked provinces.

Alberta is surrounded by the famous Canadian Rocky Mountains, covered in lush forests, while the southern region gives way to endless meadows. The region makes this province a beautiful place to visit with hot summers and cold, white winters that can sometimes drop below -40 ° C.

Cost of living in Alberta

There are many reasons to choose Alberta for your new home. There is no provincial sales tax, the province has the lowest gas tax and is among the lowest property taxes in Canada with an average home that costs about $ 403,000. Residents can cut costs with shorter journey times, reduced housing prices, and affordable consumer goods.

Today, Alberta’s economy is the strongest in Canada with an abundance of natural resources and many job opportunities in forestry and agriculture. In recent years, the fossil fuel industry has led to an economic boom that has further developed into a thriving manufacturing sector.

Alberta is one of the most popular immigration destinations due to the abundance of well-paying jobs in the oil, finance, and tourism industries. This makes Alberta a wonderful place to start your new immigrant life, with promising opportunities and great benefits for its citizens.

Alberta’s population has grown rapidly in recent years, surpassing all other provinces and territories in Canada. Over half a million immigrants have chosen to settle in Alberta in the past decade, most of the newcomers being young men looking for better job opportunities.

As a multicultural society, Alberta is home to a variety of ethnicities and religions, immigrants from India, China, the Philippines, the United Kingdom, Germany, and France. In fact, in 2011 Filipinos made up 12% of the population, a number that has increased significantly in recent years.

On a spiritual level, Alberta is equally divided between Catholic and Protestant, with 23% declaring that they have no religion.

Alberta is a fascinating place for students and offers wonderful educational opportunities for its citizens. Home to 6 impressive universities, 13 colleges and several trade schools, Alberta has something for everyone. The University of Alberta is one of Canada’s most prestigious learning institutions. Nestled in the city of Edmonton, this school has over 39,000 students, many of whom travel to more than 150 countries around the world to take advantage of access to over 400 undergraduate programs.

As Canada’s true paleontological treasure, many students from across the country flock to the province to search for fossils.

Spending time enjoying the great outdoors becomes a necessity in a beautiful region like the Rockies. Many residents drive to the fascinating mountains where there are numerous hiking and mountain biking trails that wind along the famous Moraine Lake. This glacial body of water has become a popular spot for canoeing, swimming, and fishing in the summer, and is the perfect backdrop for winter photos as the lake freezes and the mountains are covered in snow.

In addition to the province’s many nature reserves, mountains, and lakes, Alberta is also a region that celebrates a unique western culture. Hosting the largest rodeo in North America every July known as the Calgary Stampede, visitors can take a step back in time to a time of wagon racing, rodeos, and Wild West parades. Thousands of visitors consider this event to be one of the best in the province, so have fun.

The Alberta Immigrant Nominee Program (AINP) is a government-run program where applicants with the skills and qualifications sought by Alberta are nominated for immigration. Alberta accepts applicants in the following categories: 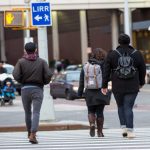 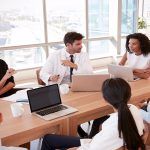