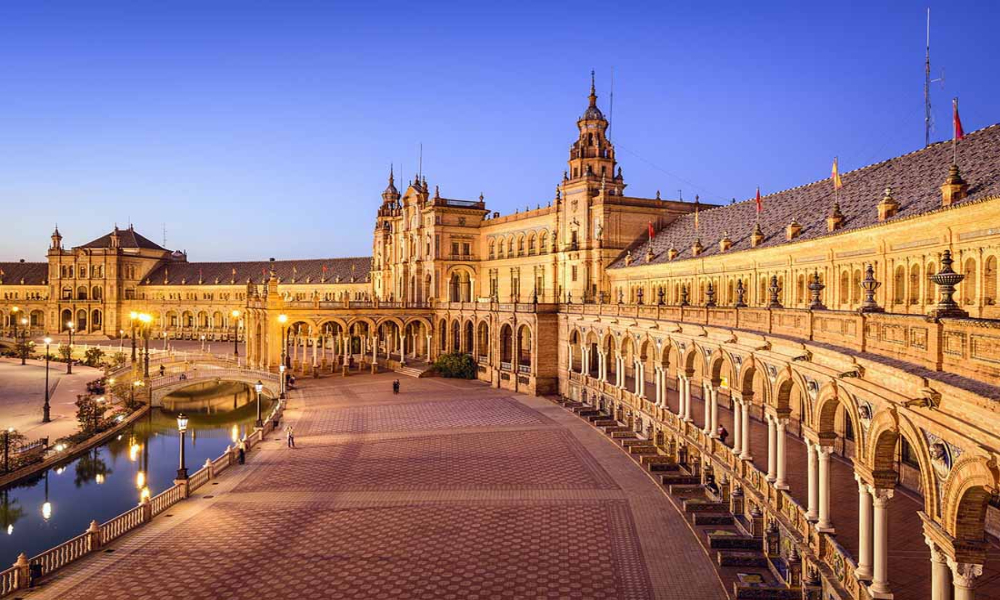 The Parque de Maria Luisa is the main public park along the magnificent Guadalquivir River, close to the heart of the city. The park is popular for its myriad of birds, such as ducks, parrots, swans and pigeons, to name a few. In the park, you will find ponds, fountains and statues which make the park a pleasant place to relax.

It is interesting to note that Metropol Parasol is known as the largest wooden structure in the world. The building has 6 huge umbrella-shaped structures made of Finnish birch wood. In the building, you will find a square, a restaurant, an antiquarian and a market.

If you like bullfighting, you can go to Plaza de Toros de la Maestranza anytime between spring and autumn. In the adjacent museum, you will find information and artefacts about this great bullfighting tradition.

This is located near Plaza de Pilatos. Although the building is owned by the Medinaceli family, tourists are allowed to see it for most of the year. The main features of the structure are numerous paintings of bullfights, a marble door dating from the 16th century and an old staircase with a honeycombed ceiling.

Located near the Santa Cruz district, the building was created to highlight the role of Spain in technology, industry and history. Many exhibitions are hosted in the main building. As for the regionalist Revival architecture, these structures are a good example. Today, the buildings have been transformed into government buildings.

The Barrio Santa Cruz is close to the east side of the old town. The area is full of beautifully tiled patios, orange trees, small squares and various restaurants, bars and tapas. The neighbourhood is ideal if you want to enjoy the atmosphere of this city.

In a thousand years, the Alcazar has undergone several transformations. It includes royal palaces, gardens and patios. In the 11th century, a palace was built by Muslim Moors which was converted into a Gothic structure 200 years older. Once again, after 100 years, the Moorish craftsmen of King Pedro had the palace rebuilt in the Mudejar style. It is, without doubt, one of the most fascinating attractions in Seville.

Share. Facebook Twitter Pinterest LinkedIn Tumblr Email
Previous ArticleCanberra Immigration Visa Procedure: Check How To Apply As A Qualified Immigrant
Next Article Bangalore the Silicon Valley City; Factors That Would Motivate You to Consider A Job in Bangalore
- Advertisement -